Mr. Attorney General, you made a difficult decision and I congratulate you.

Now you must order FBI Director Christopher Wray to open, if he hasn’t already, a criminal investigation on Andrew McCabe for the easiest criminal case to prove. You need to get a deal cut on his cooperation against James Comey, Peter Strzok, Lisa Page, Bruce Ohr, Robert Mueller and the tough one for you… Rod Rosenstein, now! It doesn’t matter which of the multitude of violations you attack, as they can be added at a later date. 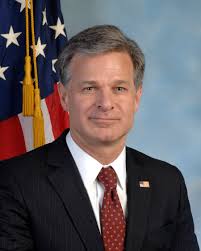 FBI Director Chris Wray may be called upon to help drain the FBI swamp.

What matters now is time!

Evidence is going to be destroyed, stories are going to be fabricated, people may disappear, get hurt or worse. Time is critical!

What is important now is to get a deal worked out to get what McCabe knows, what he can provide to reduce his culpability, and get it on the record!

McCabe should be made to know that the possibility of his getting his pension back is dependent upon the president concurring with DOJ on the value of what McCabe can provide to the FBI.

Also McCabe’s life is now in danger and the FBI must act fast if he knows as I much as I suspect.

There is no time for a Special Prosecutor BS and an appointment of a bunch of lawyers who will act as investigators and on and on.

This is now a very serious situation and, in the interest of justice, our rule of law, the safety of witnesses, the Attorney General Sessions must order the FBI to open the necessary case, get the investigation, and evidence in order and McCabe’s “proffer” going.

People’s lives are now in danger! James Comey, James Clapper, John Brennan, Eric Holder, Loretta Lynch, Hillary Clinton, Huma Abedin, and on and on are – I suspect – all scared! Who will McCabe hand up? If he’s smart, right now, he’s in the driver seat and will expose all he knows through his attorney and immediately look for the deal of deals before Peter Strzok, Rod Rosenstein and who knows, looks for a deal.

The rule is, “first in gets the best deal”! 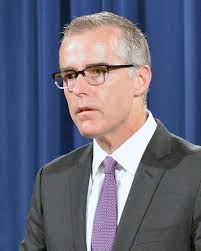 Andrew McCabe’s life may very well be in danger. He is the man who knew too much….

Let all these “know nothing” people call for Special Prosecutors, allege conflict, and such. By the time they stop talking you can have a proffer/deal worked out and know exactly where you need to lead the investigation. Let the FBI do their job, for a change, and keep DOJ, Mueller and the others away from McCabe! Direct Rosenstein to “order” Mueller to stay away from McCabe until the FBI criminal case is resolved and McCabe’s testimony is on the record!

Mueller is going to try to cut a deal with McCabe to try to protect Comey! You must keep Mueller away from McCabe!

Suspend, the other DOJ employees who are involved in the FISA court wiretap on Carter Page. like Strzok, Rosenstein, Page et al!

My advice to McCabe is to keep your mouth shut about the president. We already know how you feel about our duly elected president. That’s what got you in trouble in the first place: Your illegal attempts to impose your ideals on the American people instead of enforcing the laws of the United States, like we all took the oath to do. Had you kept to your oath and not your ulterior motives, it wouldn’t be necessary to tell you your rights the next time an agent speaks to you!

Come clean and you may come out of this, okay!