An Open Letter to the Attorney General of the United States, Merrick Garland

Recently on NEWSMAX, a U S Congressman whose name I don’t recall was asked what he is doing about the dozens of citizens being held by the Federal Government regarding the January 6, 2021 Capital incident., without charges, without reason for detention, without legal representation, without the right to be made aware of their accusers or evidence and in squalor conditions…Cruel and Unusual treatment. This Congressman stated, that the Federal Government can hold a citizen, in custody, without charge… indefinitely.

As an FBI Agent for almost 30 years, I…like my brother Agents, all followed very specific legal procedures and were unaware that we did not have to follow any procedures! We were unaware that we could incarcerate citizens without Due Cause, warrants, representation by Attorney, Due Process hearings for Probable Cause and Identity or Grand Jury Indictment. We thought we had to follow the Due Process clauses that are very specifically set forth in the 5th and 14th Amendments, the Federal Rules of Criminal Procedure and the 1st, and 6th Amendments, regarding citizens Due Process Rights.

Golly…we could have saved a great deal of time if we only knew we, didn’t have to File a Complaint for a Warrant from a Magistrate or Judge, unless of course we witnessed the crime…then we still had to file for a warrant, after the fact and had 24 hours to bring the Subject in for a Bail Hearing, Attorney Assignment if necessary! Then there would be a Probable cause Hearing, unless we Indicted instead of the rigors of a PC hearing, which is tantamount to a trial…GJ was always better. But then …we had to abide by the Speedy trail Act, I think that allowed like 6 months for the 3500 material and all the evidence we had to turn over and on and on…wow… could we have saved time and money!

By the way Mr AG…does those laws, you are using instead of the Constitution, allow for an Execution on site as well…of course… only if we believed that person was guilty of something! Wink…wink! I ask that… because we always had to be in fear of our lives…when we fired…heck I didn’t return fire a couple times as the guy was running away after he shot…we could never get away with what you and Pelosi pulled…

When it was adopted, the Due Process Clause was understood to mean that the government could deprive a person of rights only according to law applied by a court. Yet since then, the Supreme Court has elaborated significantly on this core understanding…the rights protected under the Fourteenth Amendment can be understood in three categories: (1) “procedural due process;” (2) the individual rights listed in the Bill of Rights, “incorporated” against the states; and (3) “substantive due process.”

From The Constitution, Cornell Law, and other legal Sources…

The Sixth Amendment to the U.S. Constitution guarantees rights of due process to criminal defendants, these include the right to a speedy and fair trial with an impartial jury of one’s peers, the right to an attorney, and the right to know what you are charged with and who has accused you…

In the U.S. Constitution, the phrase “due process” appears twice: in the Fifth Amendment and in the Fourteenth Amendment. Both Amendments guarantee due process when someone is denied “life, liberty, or property.” 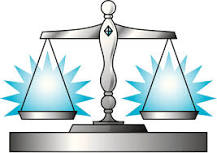 The Sixth Amendment to the U.S. Constitution guarantees rights of due process to criminal defendants, these include the right to a speedy and fair trial with an impartial jury of one’s peers, the right to an attorney, and the right to know what you are charged with and who has accused you.

If you could point me to the laws that exempt you the others in DOJ, from following what I believe to be the laws on Due Process… Life , Liberty and the Pursuit of Happiness,  I would be very relieved…for you and those foolish enough to listen to you.

As you probably know, that… to punishment for violating  a citizens rights, as protected by the 14th Amendment, can be substantial…triple damages as well as Civil fines and Criminal Charges against individuals who caused the denial of the Civil Rights…that would be …YOU!!

By the way, please schedule some courses in Due Process, 101, for all Members of Congress…first Impeachment of a President, without Due Process or Charges… now this…what’s next ?!!!