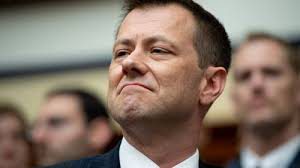 Here are my proposed questions that the Senate Intelligence Committee should ask Peter Strzok: