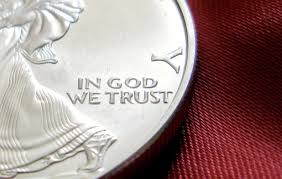 THIS IS NOT ABOUT RUSSIAN COLLUSION (IT NEVER WAS)…THAT HORSE TRIPPED, STUMBLED AT THE GATE, FELL FLAT ON HIS FACE AND WAS NEVER IN THE RACE!

This is about very serious, felony crimes involving a secret, Federal, Judicial, FISA Court system intended to protect US citizens from being illegally, overheard by phone or wire, and at the same time protecting America from foreign intelligence agents and spies who would do us harm…as well as a plethora of felony crimes against the US, that means “against us”!

You would think a former FBI Director (Mueller/Comey take your pick) would have recognized the crimes that were being committed by his former, very close friends/associates at the time it happened! He certainly must have, after getting deep into the “collusion” game, but for reasons we can only use common sense to reason the “why” he and others did nothing…turned his back to obvious crimes by the likes of Brennan, Clapper, Comey, Hillary and others yet this former FBI Director (Mueller) only looked at the dead horse.

This is about United States Department of Justice high, ranking officials, top to bottom, (prosecutors and FBI Agents), State Department Officials and staff, including the previous Secretary Clinton, the head of and the former Director of the CIA, Brennan, NSA Clapper, FBI Comey, Ambassador to the UN Susan Powers, and Security advisor President  Obama, Susan Rice and without any doubt, the former President of the United States, Barack Obama, himself and …I hope not…but maybe even a FISA court Judge or two!!!

Unlike Bob Mueller, or ANY ONE else to date, who can’t even cite the Title and Section of the US Code that the President has violated nor any specific substantive State or local laws the President has violated either before or during his Presidency, yet we can cite a litany of laws that the aforementioned have violated. The following violations have been committed by most of the aforementioned officials: Hobbs Act – Political Corruption T18S1951, et al; Obstruction of Justice T18 S1501-1521, USC; T18 Sections 793, 794,798, 952, 1924, 2071, 371, 641 and that’s without the laws violated by ALL those who signed and swore to the FISA courts that Documents put before the Courts true and accurate to the best of their ability, as well as, Perjury-lying to the FBI and Congress.

Some have admitted lying under oath to Congress, leaking information to the press, destroying Government Documents, and much more. All serious felonies, including Clinton violating her NDA agreement, which carries penalties cited in the body of the document. There is Probable cause right now to indict Hillary Clinton, Comey, Clapper, Brennan, Rice, Powers, Rosenstein, McCabe, Strzok, Yates, and many others…all for felonies regarding the FISA warrants and other matters. How does that stack up against Stormy Daniels and her allegations she had consensual sex, years ago, with DJ Trump, and years later…he lied about it. Stormy, who cares? Ask Bill Clinton or better yet, his wife. She forgave and forgot, apparently like President Trump’s wife did, if it happened. Even if it did, he broke no laws! I don’t care and neither does our laws on how he paid you. You signed a Non-Disclosure Agreement and broke it. You violated the law, but it’s not a crime either. It will only cost you money. Let’s see if your lawyer, Dewey Screwum, will help you there!

Then we have those who believe, and I mean lawyers and law makers, that if they take a majority in the midterms, they can decide what is or is not an impeachable offense?! We have a “Constitutional Republic”. After Congress makes having sex a violation of the law, the President has to sign it into law…dumb ass!

I guess they cheated through law school because they can only make up those rules when they succeed in changing America to a Socialist nation like Obama tried to do and Sanders and Clinton, Schumer, Maxine all want to do and Russia, China, Venezuela, N Korea currently are. Understand , we are a Constitutional Republic and to overthrow a sitting, duly elected President the way Mueller and, Rosenstein, McCabe, Comey, Strzok, Ohr and even the freaking wives of some of those heroes tried to do, is a crime; they conspired with and committed overt acts, to illegally overthrow a President, that is Conspiracy!

The President is well within his Article 2 rights and his sworn duty to remove, even if only suspend, those still employed pending criminal charges and Administrative Inquiry.

There should have been a Grand Jury seated and testimony heard months ago…if not, why not? Get those who were given immunity before a Grand Jury! The wives of these players should have been interviewed as well. That’s especially true of Mrs. Ohr and Mary Jacoby, Glenn Simpson’s wife! Glenn Simpson is the owner of Fusion GPS! His wife met with Obama and Staff for 14 hours (see Checks and Balances Aug 22, 2018 for more details), the same month Hillary hired Fusion GPS, April 2016.

I don’t care what anybody says…FBI Agents can’t legally do what our heroes did…lawyers, even DOJ lawyers cannot deceive any courts in this country when it comes to 4th Amendment warrants, Title 3 or FISA or otherwise! It is not believable that all the Hillary cases are closed… no Grand Jury is working, after all the information that has come to light. What is wrong with the system? I thought we got rid of the trash!

The President must enforce the laws that the FBI and DOJ are letting slide, if they are. If cases aren’t open…then the President must order them opened and get involved to make sure they are moving forward with competent Agents.

Suspend these people, starting with Rod Rosenstein!!! Let the dumb asses in the House and Senate know you are serious about our Rule of Law no matter what the lawyers say…the people are behind the President as are the real Agents!

For Christ sake, they flagrantly ignored their oaths and ignored our laws. There is no question! Wray must understand that…it’s so obvious. Just put one case before a Grand Jury on any of the players who leaked or lied or destroyed documents, in a District OUTSIDE of WDC, “liars-ville” USA…TRUE BILL, I guarantee!