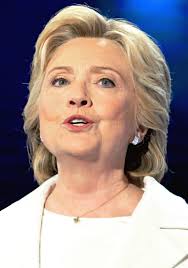 In other words, what if the people who are supposed to check and balance aren’t doing their jobs because they have another agenda? The Director of the CIA and the Director of the FBI are supposed to take action when they discover crime committed by high ranking officials of agencies that are supposed to enforce the laws of the United States. For example, if a high-ranking department head like the Secretary of State uses an illegal, unauthorized private email system and neither the President, CIA Director, FBI Director, NSA Chief, Attorney General report or act on such a flagrant violation of security and the law, who is supposed to “check and balance”? Well, the answer is pretty simple: at the top, it’s the President, and in the Hillary case, that was Barack Obama.

Why he didn’t act on her blatant abuses could be because he wanted her to “aid and abet” our enemy, Iran. They both sat idle while “Islamic” rebels sacked our embassy and killed our Ambassador, or did I miss something?

Then, Hillary wanted to become President, so she and her husband, with help, created a way to raise hundreds of millions of dollars, through a combination money laundering scheme, i.e. the Clinton Foundation, pay to play, and helping Russia gain control of 20% of our Uranium. Russia awarded the Clintons through money paid to Billy for 30 minute speeches at $500,000, for entertaining the bankers who funded the Uranium deal that Hillary approved.

When Hillary had enough money to buy the presidency, she thought, she left the Secretary of “pay to play” and started her run for the Presidency. Along the way she actually purchased, by written contract, the Democrat National Committee — 9 months before the Democrat National Convention! Thus, Hillary gained control of all the donations, all the funding and got to decide who she should provide the donations to, herself or Bernie Sanders. Spoiler alert: it was a tough decision but she managed her way through and donated it to herself.

Remember, Trump kept saying, “The Democrat race is crooked/rigged, Bernie has no chance”? I guess he knew something we didn’t!

Then she wanted to increase her chances and cut a deal with Obama; she would support his continued agenda toward Islam if he supported her run to the Roses, and a deal was struck (or is it spelled Strzok…).

This is where the biggest conspiracy in our Nation’s history really takes off.

“Mary who”, you ask? Mary Jacoby, the wife of Glenn Simpson, founder of Fusion GPS,  and both Jacoby and Simpson work for the Wall Street Journal!

This Dossier has now been exposed as a totally unsubstantiated, fabricated, salacious, document that was presented by the FBI to the FISA court as the “foundation” for Probable Cause for a eavesdrop warrant on US Citizen Carter Page.

How that happened is someone gave the dossier to none other than CIA Brennan, who gave it to Jimmy Comey, who knew it was a piece of crap but pursued the FISA warrant anyways and signed the application himself along with Sally Yates, Rod Rosenstein, Bruce Ohr, Andy McCabe, Peter Strzok, Lisa Page and others. After all, Strzok was “buds” with the FISA court Judge and the warrant would be a shoe-in, and Hillary is going to be president, “Isn’t she, isn’t she”?

Mary Jacoby was so proud of her husband being the reason for Russia Gate that on 6-24-17 she posted on Facebook that Glenn was responsible for Russia Gate!

If you think there was no intent to commit a crime, in May 2016, according to written reports, Nellie Ohr obtained her Ham Operator license. NSA doesn’t monitor Ham radios.

What we have is the top executives in Obama’ DOJ conspiring to interfere in a Presidential election. When that failed, these same people changed the direction of their criminal conspiracy to unseat a duly elected President. Of course, Comey and his hand-picked bag men (and woman) insured Hillary wouldn’t be charged with obvious crimes ( now, that’s called Obstruction of Justice) and along the way deceived the FISA court and violated numerous other statutes.

If any of you think this President should sit idly by and continue to watch  these “rats” trying to destroy his Presidency, you must also believe chickens have lips! His sworn duty is to “enforce the laws” of this country and “protect, preserve and defend” your Constitution.

President Trump has the right, the responsibility and the duty to enforce the law and remove ALL the DOJ employees, who signed the Carter Page warrants and initiate criminal investigations on every single one of them, by the FBI.

The House and the Senate and an illegal Special Prosecutor have been investigating some of the minor allegations as a result of the dossier. By minor, I mean just that Flynn, Papadopoulos and a few others lied to the FBI or Mueller for non substantive matters that have nothing to do with this presidency.

Anything the House or Senate uncover has to be sent to a Law Enforcement Agency; they can’t do anything. If it’s a drug case, it goes to DEA, a Gun case goes to ATF, Counterfeiting, Secret Service AND this major criminal conspiracy involving numerous Title 18 U.S.C. violations MUST go to the FBI. (PLEASE, no more freaking Special Prosecutors…please!)

The President has multiple ways to effectively do this but Sessions as AG and Wray as FBI Director won’t work. He could try Wray as AG and then appoint a former FBI Agent, who is retired, like James Kalstrom, to the FBI job.

Mr President: you wouldn’t appoint a non-military man to run the Military, or a non-police officer as a COP, would you? Then why would you appoint someone who was never an Agent to the top job either! James Kalstrom will put his people in place and bring all the rats to justice, trust me!