THE IG’S REPORT…WHAT THE INVESTIGATION DIDN’T  LOOK AT AND IS THEREFORE USELESS! 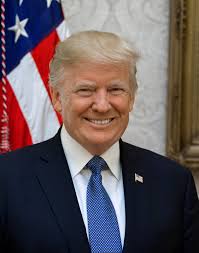 No I haven’t read the IG’s report…don’t intend to read it, because I don’t have to, I knew it would not accomplish anything of value. I wrote that when it started and found myself to be correct…again! They did not examine what they needed to examine in order to uncover the obvious!

The Comey lead Clinton investigation, violated common sense, every rule, every protocol and several laws  in the book…but the question that was NOT answered is… WHY? Why would an attorney, former prosecutor (a half-ass one at that) and Director of the FBI, jeopardize everything by doing what any experienced FBI Agent will tell you is wrong, unethical and illegal?

First …the Office of Origin (O O) is the lead office in every investigation the FBI opens. Headquarters is the Administrative Branch and Supervision Branch of the Bureau. Headquarters NEVER is or ever was O O in any criminal investigation I ever heard of and the Agents I have spoken too and heard speak to the issue (including former ADIC’s) …all of us say the same thing…Comey wanted complete control and wanted to keep a lot of things “secret”…for questionable motives!

Second… immunity was allegedly granted to several of Clinton’s staffers…Cheryl Mills and I have heard to Huma Abedeen, and maybe others, although I don’t know for sure. What I do know for sure is how and when immunity is granted, by whom and how it works. I’m certain the report doesn’t address the issues of who specifically granted the immunity. It had to be DOJ, the FBI cannot grant immunity to anybody.  I would say Rosenstein had a hand in it either being the signor or talking Yates into signing. I would like to read the “proffer” their attorneys presented before the immunity was granted and read the Grand Jury testimony of the staffers after immunity was granted. You see, immunity is NOT a blanket immunity on everything someone did illegal. So to lock in what they are granted immunity from prosecution…we always locked in what they would testify to, before a Grand Jury! The immunity would pertain to very specific crimes, had to be completely truthful and all revealing and would be declared invalid if the grantee lied or we proved that they failed to be all revealing or could prove the case without their testimony. Whose idea was it to grant immunity? If it was without knowing what the witness/subject could provide then I would say there’s a “rat” in the wood pile. Although it’s possible… it was never the prosecutor who wanted the immunity granted, in every case I was involved, it was us wanting the immunity granted and it was always a battle with the USA’s office to get them to agree. They did not want to give up a conviction unless it was absolutely necessary…period. So whose idea it was, would be important to me, if I were investigating the investigators or prosecutor and IF the testimony was not put before a Federal Grand Jury. I think I would have an overt act towards Obstruction of Justice in a Political Corruption investigation. The Prosecutor would have a lot to explain for NOT locking in the testimony. This immunity thing is an important part of what is a Conspiracy to Obstruct Justice in a multiple count criminal case. If these grantees were never interviewed, as I heard, then the PC against those running the investigation just got bigger!

Third…an interview of Hillary Clinton in front of other subjects, possible witnesses against her and her lawyers…YOU DID WHAT?  “You’re fired”, would be the response in any case, any field office I ever heard of or worked in…but in a situation where the Director of the FBI was “running” the case, don’t you believe for a minute that Comey didn’t control every aspect of the Clinton investigation…he owes them his entire livelihood, political status…his entire life; Comey would be the main subject of the Political Corruption case! This is other one of those situations where Comey will say, “I didn’t know Strzok/McCabe did that”, and they say, “Comey ordered it!”

If the IG didn’t look, into, the details of any of these points…he fumbled the ball big time and the FBI should be ORDERED, by the president, to open the appropriate case.

Couple these acts to Comey’s violating the Federal Rules of Criminal Procedures by declaring Hillary “innocent”, and other things like leaks and we have a MAJOR Hobbs Act-Political Corruption, Conspiracy to Alter a Federal Election, Witness Tampering, Evidence Tampering ,Gross Negligence and more…what more do you need Mr President?