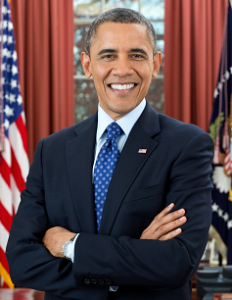 Element 2; “adheres to their enemies giving them aid and comfort”… two things are necessary here; identifying the “enemy “ and what exactly is “aid and comfort”.

Unless someone is deaf, dumb and lives in a vacuum, there should be no doubt in their minds that Iran’s Presidents ( Tommy “Ineedajob”,) as well as every Ayatollah, starting with the Jimmy Carter created, Ayatollah Khomeini, ( April 1979) , have publicly stated that they will destroy America. Starting with the Jimmy Carter administration in 1979,6 months after Carter put the Ayatollah in charge, Iran began clearly demonstrating that they are enemies of the United States by taking Americans hostage  by force, violence and intimidation, from our embassy and holding them hostage, until a “credible threat”, in the form of  President Ronald Reagan, a Republican, was sworn in. That resulted in an “immediate” release of the hostages.

That began a clear and present danger of Iranian led attacks against the US;

1983 Beirut ,April and Oct, US embassy and Marine barracks bombed and over 300 Americans killed by bombings –President Reagan

2008 -2016 numerous attacks against US soldiers by IED, suicide bombs and ambush attacks financed by, supplied by and often supported by Iranian led terrorists-President Obama

There are so many additional acts against the US by Iran, according to Official Government sources,  that there simply isn’t enough space to list and explain them all. All by a true enemy of the US, Iran!

During Obama’s 8 years in office there were several other  acts of Treason, in my opinion, such as providing the Muslim Brotherhood, state of the art US Fighters and other munitions; supplying rebels in the  Benghazi Embassy attack, munitions and complicity in aiding Americans under fire in the Benghazi attack but I am concentrating on Iran in this column. It’s an easy case to make!

Now what constitutes “aid and comfort” …how about $170,000,000,000? That is $170 billion in “cash”!  Why cash, I ask, why not a money order from the Post Office or a Bank Check or even a personal check? Why 40 foot long containers of cash in currency from different countries?

Now think about that for a minute…what would a reasonable person believe, what the reason is for Obama using hard, cold cash instead of the normal form of money transfer. Why would he “give” an established enemy of the US and our own government identified, biggest sponsor of terrorism, in the world, $170 Billion in cash?

To make sure it couldn’t be stopped by Constitutional checks and balances, like the Congress? If that’s the case, did Obama try to get that done through proper channels and was turned down? Answer…yes, sort of! He lied to Congress, to try to get it done.

If Donald Trump gave Putin $170 billion in cash, what would Schumer and the rest of the left have to say?

If Russia is an enemy of ours and has never taken aggressive action against us…what does that make Iran? Seems to me that makes Iran some sort of Super, Colossal, Gigantic, Hideous enemy!

I certainly do not want ANY Americans hurt by Iran or any other peoples but I would sure like to see Iran threaten this President or try to grab a US ship and see what happens!

You be the Judge…Obama…Guilty or not Guilty? The penalty is death!