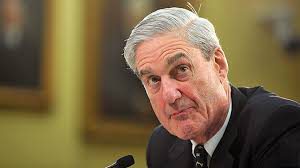 I had been calling for the firing of Andrew McCabe for “months” prior to AG Sessions finally firing him, right up to the columns I wrote days before and the day of his dismissal, just hours before Sessions made the announcement. I predicted that the “mule” would do everything he could to get his paws on McCabe and try to flip him with the promise of “immunity” to get the President, which is exactly what Mueller is attempting to do, as we speak!

I wrote that the problems with Mueller doing that are many. First, Mueller is way outside of the scope of the Special Prosecutor. This is now a straight DOJ/FBI criminal, non Russian Collusion or Obstruction of justice case. It is, instead, a Hobbs Act, Political Corruption ,criminal investigation that will lead to the previous President, Obama, and his entire administration, as sure as sure can be, because Peter Strzok said so in his emails.

I said so years ago, when I wrote about the corruption of Obama’s Administration, calling it a RICO case!!!

Next, Mueller intends to twist McCabe’s testimony to “get Trump”…don’t think so? Just look at the illegal and unethical acts that Mueller did to get Flynn, Manafort, Paradopolous and anyone else, just to nail the President. What Mueller is going to do, if the President doesn’t get involved is to create a whole new career for himself by using McCabe to expand, create, fantasize crimes that he can hang on Trump. He is creating an endless job for himself and his handpicked pack of “jackasses” that will follow the head Mule to hell! The Mule,Mueller, is packing the money.

Why in the world would Sessions allow Mueller to completely take over DOJ?  If Sessions gave his approval to Rosenstein and then to Mueller, to run with McCabe, he should be fired on the spot!

There is only one person who can restore McCabe’s pension and it isn’t Mueller and McCabe should be made aware of that fact…it’s the President! If I’m not mistaken, Mueller cannot grant any immunity without going through the AG, as this NEW case involves the entire previous administration; Comey, Brennan, two previous Attorney Generals, Clapper, Powers, Susan Rice Hillary Clinton and on and on. Who gave Mueller the power over the President…Mueller?

The presumptiveness of Bob Mueller is outrageous! He thinks he is going to run the biggest case in our country’s history and he created the opportunity himself! He is trying to take over the President’s  responsibilities to supervise and prosecute and if the President doesn’t do whatever it takes to stop Mueller, cold,  now…he just may succeed and nail the President, on the way!