In the case of professor Stefan Halper, none, and “spy” is a more fitting term.

The terms “spy,” “informant,” “undercover,” “source,” “operative,” and on and on are simply terms that are used to try to distinguish between a foreign, counterintelligence (CIA) investigation involving foreign people and domestic investigations ( FBI) involving U.S. Citizens.

We never called any subjects “spies” who gave us information; we generally called them “sources” and “informants.” Fact is, we were REQUIRED to have informants or be disciplined!

The CIA called/call their people all sorts of weird things; I guess they all wanted to be like James Bond; operators, spy, agent, double agent. Usually, the term “spy” was used in the context of foreign investigations.

The reason for all the care, concern, and technicality is because there are significant, and major differences regarding what investigations and investigative techniques are allowed and are not allowed regarding investigations of U.S. Citizens on U.S. soil. U.S. citizens are protected by our Constitution, federal and state laws, courts and even DOJ against violation of their rights, with special protection given from 4th Amendment, the right against unlawful Search and Seizure.

Having been involved, as an FBI Agent, in many criminal investigations involving all the types of warrant Applications from Title 3, to search, seizure, to arrest, to break and enter for survey preliminary to Title 3 wiretap (court ordered), for wiretaps of criminal US citizens, I can put some light on what I am certain happened and what needs to be investigated.

It is crystal clear to me and any Agent who has ever been involved in any Title 3 Applications, Affidavits, or other supporting Probable Cause (PC) documentation that these types of warrants are the most difficult of ALL search and seizure warrants to obtain. It is so time consuming that entire squads of Agents are involved in the preliminary process as well as the entire investigation. In most cases, substantial outside help (other squads or even other FBI Field Offices) are needed.

The courts and prosecutors are so concerned about having enough detailed, fully disclosed PC that we would send preliminary applications to headquarters 2 or 3 times for approval and by the time it looked like we’re going to get approved, the bad guys had moved or changed phones; we then had to start over. The caution was so cumbersome that we tried to avoid Title 3 wiretaps at all costs because they are just too damn hard to obtain, and so fraught with peril. If you dared to try to cut corners, the other Agents would cut your throat because we all were putting our necks on the line. You see, there are major Civil Penalties for denying someone their civil rights, three times the normal penalties (treble damages). So we all played Title 3’s by the book! These new young “Agents” led by James Comey, who signed off on the Carter Page warrants are about to learn a very big lesson about our Rule of Law (my opinion, and hope!).

Here is what I know for sure happened:  numerous, very high-ranking officials in Obama’s administration and probably Obama himself, intentionally, with malice, used and abused the FISA court system to obtain wiretaps on US Citizens where there was absolutely no PC to obtain legal Title 3 warrants! The court issued many warnings to the signors and increased the signatures necessary for warrants! They fabricated a Russian Foreign Counter Intelligence investigation using Carter Page and George Papadopoulos as their “in.” They deceived the FISA Courts (multiple times and several Judges), with information that would never pass muster in any Article III court in the U.S. With the Obama Administration and such high-ranking Obama administration Directors behind the case, I am certain the FISA judges felt intimidated into granting the applications.

So, Obama surrounded himself with people he apparently felt would fall on the knife for him and felt very comfortable that he and his band of thieves could get away with anything. Just look at the outrageous things these people did.

Here’s just a few: the Secretary of State ignores all the rules and uses her personal emails and offsite servers for all of her State Department business and for SAP, TOP SECRET transmissions. The Chinese and Russians knew EVERYTHING that idiot did. I wonder how many soldiers’ lives she’s responsible for. 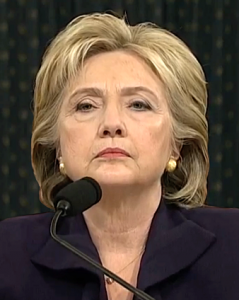 This is the same person who bought the DNC 1 year before her nomination and thought nothing of receiving questions before debates. In fact she was outraged when a question she wasn’t aware of, was asked! So when “they” needed opposition research on Trump, she gladly supplied he PC they needed to force through a FISA warrant!

The DIRECTORS, “all of them”, of the FBI, CIA, NSA and Obama’s Susan Rice Chief Security Officer all lied, repeatedly before Congress and to you and me about everything and under oath.  UN Ambassador Samantha Powers unmasked hundreds of US citizen’s name when ALL US citizen’s names, picked up on FISA warrants, are supposed to be erased! 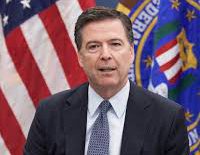 There is no doubt that the swamp took over the FISA court, our sacred Intelligence Agencies  and used them for Obama, Hillary and other left wing, pinko political ideals and personal gain.

Anybody who believes some old retired Judge or Attorney can unwind the web these bastards have weaved is nuts! It will take hardened, well experienced, tough investigators who won’t hesitate to put these people in their place, i.e. jail. It will take FBI Agents to do it and a lot of them. I sure hope that Mueller and Comey didn’t fill the entire ranks of the FBI with McCabes and Strzoks, because if they did, we are screwed.

The President simply must get next to some very knowledgeable old Agents and get some good advice.