How desperate are the Democrats? I have to believe the word is “extremely”!

When you are willing to violate federal immigration laws and violate Obstruction of Justice laws (Title 18 Sec 1505 USC), not for the purpose of protecting US citizens, not to protect a relative, not to protect “illegal” immigrants, but to protect and aid “criminal” illegal aliens, just to secure “re-election” votes, that’s the “deplorable” Hillary liked to use!

I don’t care what any Obama appointee, Deputy AG, or Assistant US Attorney says, there is probable cause to issue an arrest warrant for the arrest of Oakland Mayor Libby Schaaf, for Obstruction of Justice, for alerting criminal, illegal aliens that the “law” is coming.

If just one of those 800 who eluded arrest, harms a lawman or a citizen, it’s on Libby’s shoulders!

Some federal prosecutors, who resist authorizing the filing of a warrant for a multitude of reasons, often claim, “There’s no likelihood of a conviction”. I would say, “That’s not for you to decide, it’s up to the jury”!

There is PC to indict now and if one of the 800 who eluded capture is willing to testify that the reason he ran is because of Libby’s warning, the chance of conviction just skyrocketed, and I’d bet anything I could find one who would cooperate in return for “consideration” for his/her cooperation. 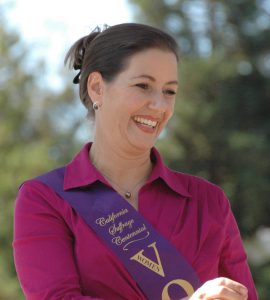 Should Libby be arrested?

Arrest Libby for putting ICE and Border Patrol Agents at risk! Let the rest of the Sanctuary Cities understand there is no such legal entity as a Sanctuary City!

Make sure agents ask every illegal they arrest if they ran because of the warning Libby gave them!

Since there is no such thing legally as a Sanctuary City, why in the world would Democrat elected officials welcome lawbreakers into their jurisdictions? For one reason only… Votes?!

They are so desperate they would put their own family at risk by welcoming rapists, drug dealers, murderers, gang members here illegally… just for votes! Now that is desperate!

So desperate, that one candidate even “bought” the Democrat National Committee for herself to assure nomination as president and she still lost! Go figure!

And, since the Democrats seem to be very concerned about interference in our election process, I’m sure they will support a Federal Voter ID Card with a chip! How about it Republicans? How about a voter ID card for this year midterms?

I believe Republicans win in the states with voter ID every time! Honest elections are not supported by Democrats today. They’re far too desperate.